Giving a bold new identity to an established crafts organisation

The Carpenters’ Company is one of London’s esteemed livery guilds – an organisation that has represented the craft of woodworking for more than 700 years. While its centuries of expertise is peerless, the guild was conscious of not being overshadowed by its own formidable tradition. In 2019, Disegno Works helped it to shake off the dust and reconnect to the wider design world through a re-vamp of its annual publication: The Carpenters’ Chronicle.

The Carpenters’ Chronicle is a yearly magazine which includes news, history and feature articles. The publication was in need of an update that could reflect the guild’s craft and design expertise, and cement its place as an incubator for emerging designers and carpenters.

Disegno Works re-designed the whole publication from scratch. We selected a bold new cover design, a minimal contemporary layout, and a complementary colour scheme. We also oversaw the design and publication of the updated magazine, including providing consultation and editorial guidance on both images and written texts.

The result was a modern publication that was easy to read, attractive to hold, and which gave a contemporary twist to its subject’s centuries of tradition. 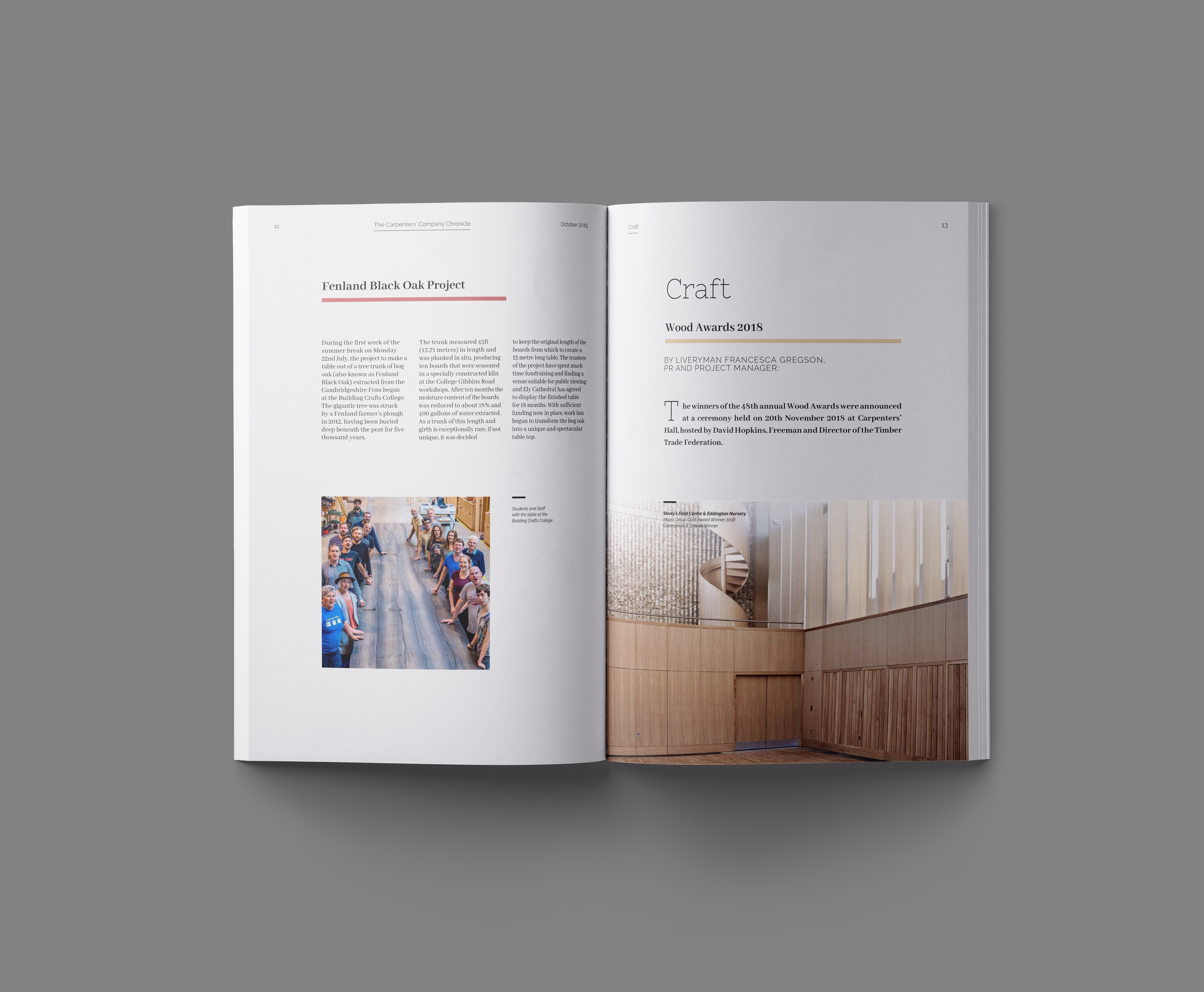 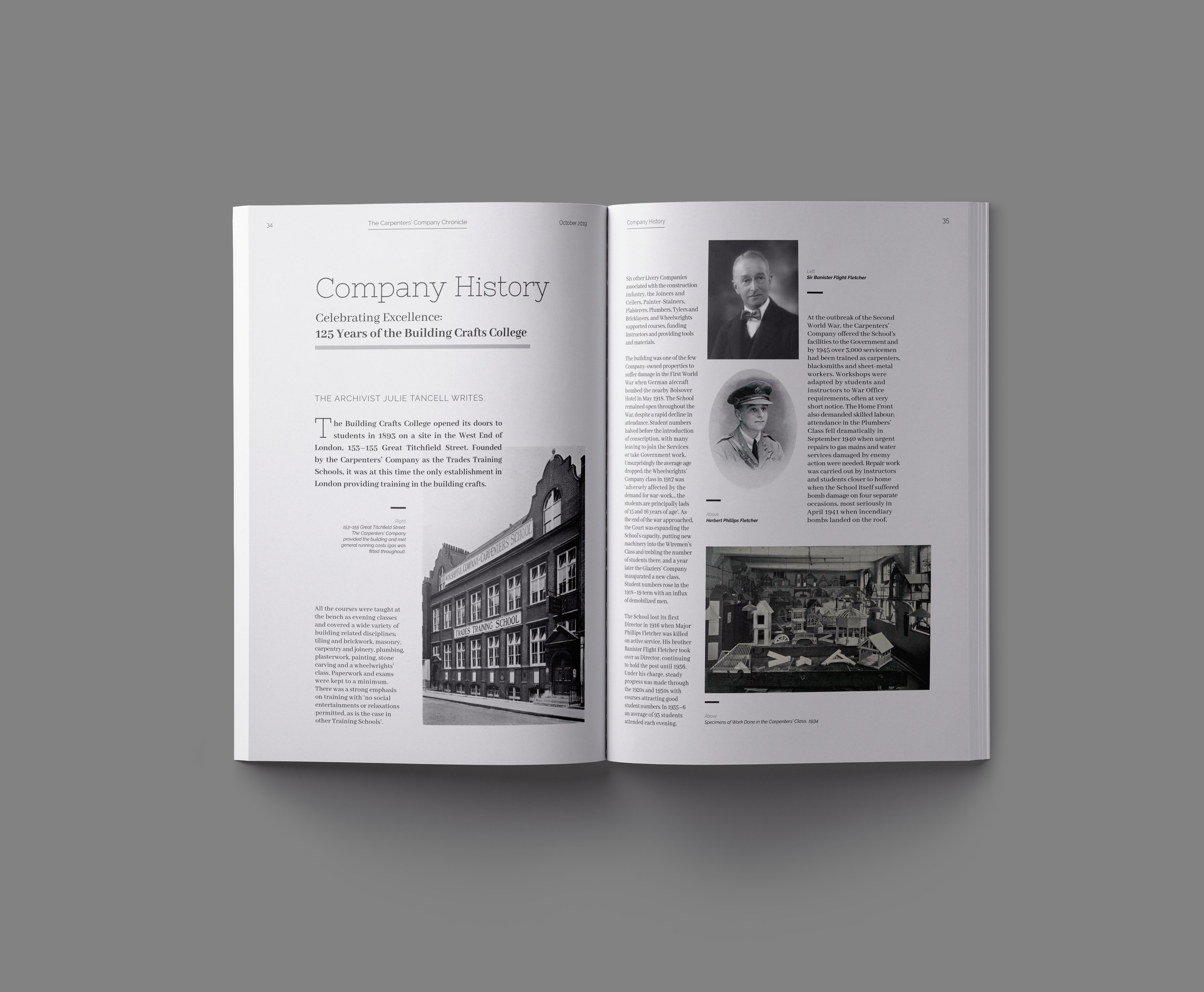