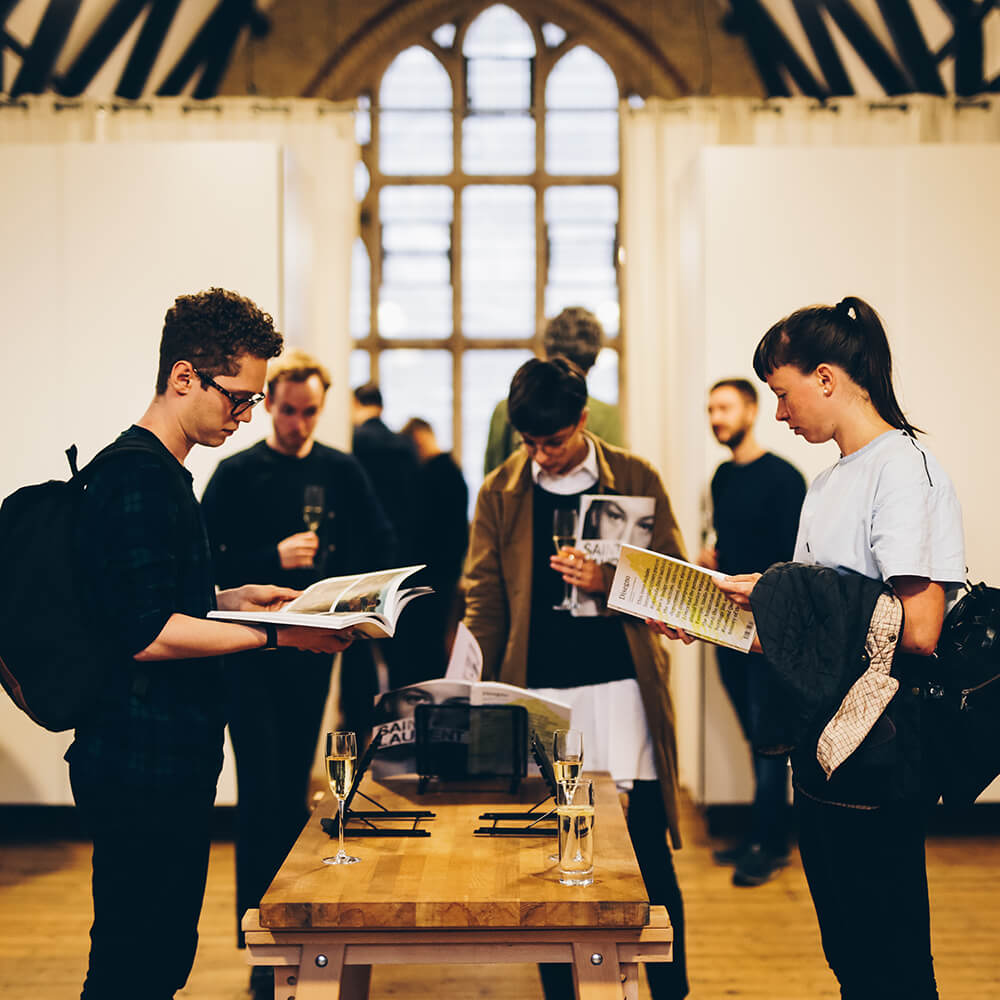 Highlights in Disegno #12 include a photoessay on OMA’s Fondaco dei Tedeschi; a conversation between Roksanda Ilinčić and David Adjaye; a travelogue from Tehran as well as a series of other reportages, essays, reviews and conversations.

To celebrate five years of Disegno, the magazine approached nine designers to participate in a special project that re-imagines the act of toasting for contemporary society. The resultant rituals are featured in the new issue. Five of the experimental toasts were performed by actors on the magazine’s launch night.

A Night of Five Toasts took place at 66 Leonard Street, a converted Victorian schoolhouse in Shoreditch, east London, on the Monday evening of London Design Festival.

Purchase a copy of Disegno #12 here.