The US furniture brand Herman Miller is one of the leading names in 20th-century design. Today, the brand continues its tradition of rigorous design research and product development, as in its 2013 Living Office programme – a philosophy intended to reshape workplaces from bland environments of identikit cubicles to innovative, open-plan landscapes. To spread awareness of Living Office, Herman Miller commissioned Disegno Works to create a special magazine exploring the project. We responded with Disegno Dispatches, a new investigative section in Disegno magazine that reached out to Herman Miller’s target audience of architects and interior designers. Researched, written, art-directed and designed in-house, Disegno Dispatches applied Disegno’s journalistic expertise to Living Office, as well as providing a direct route to the magazine’s audience of industry decision makers. The magazine was packaged as part of  Disegno #7, while 2,000 stand-alone copies were printed for Herman Miller to use for sales and marketing. The supplement was launched at an industry event during the London Design Festival, attended by both Disegno readers and design-industry insiders. 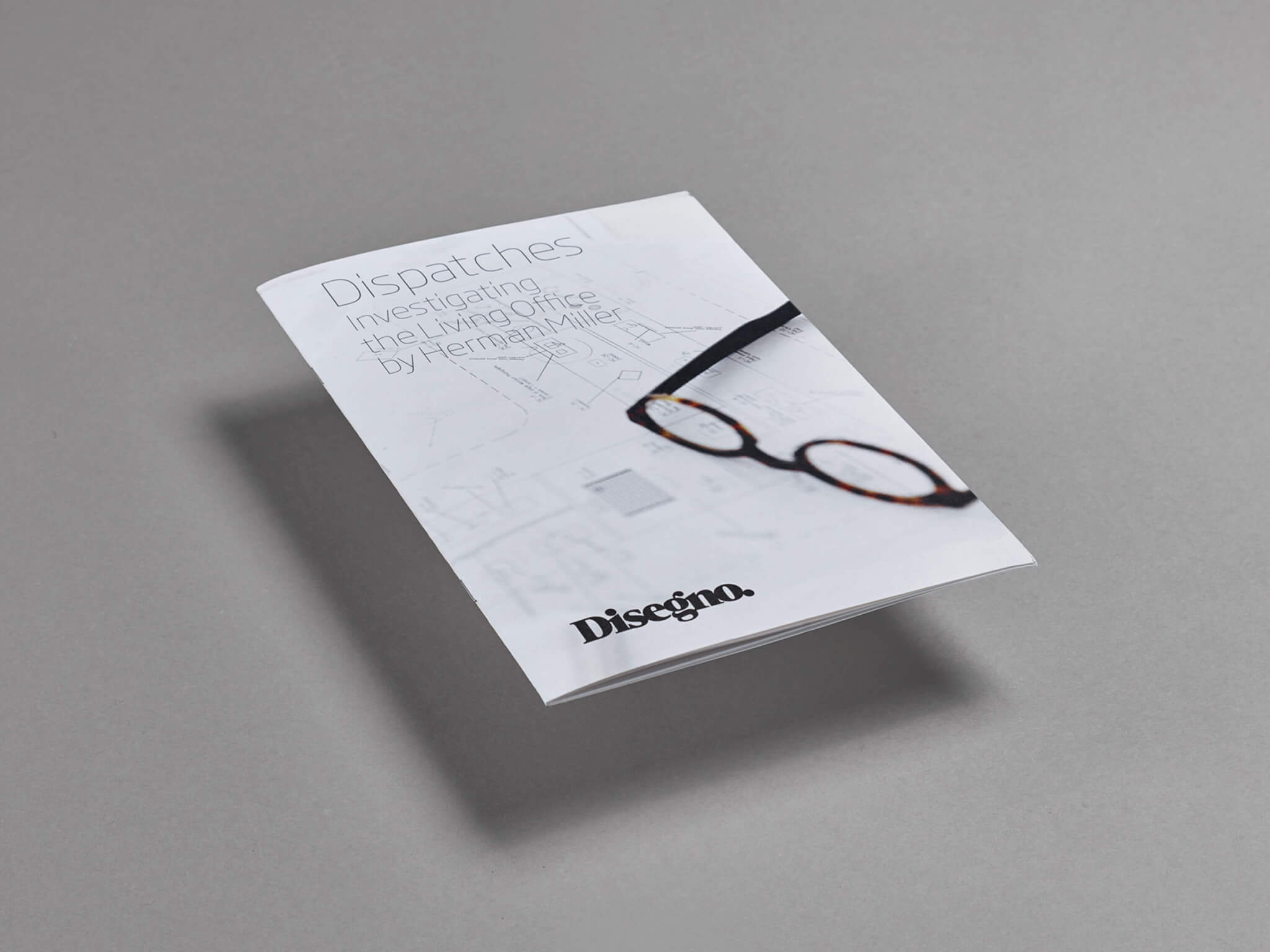 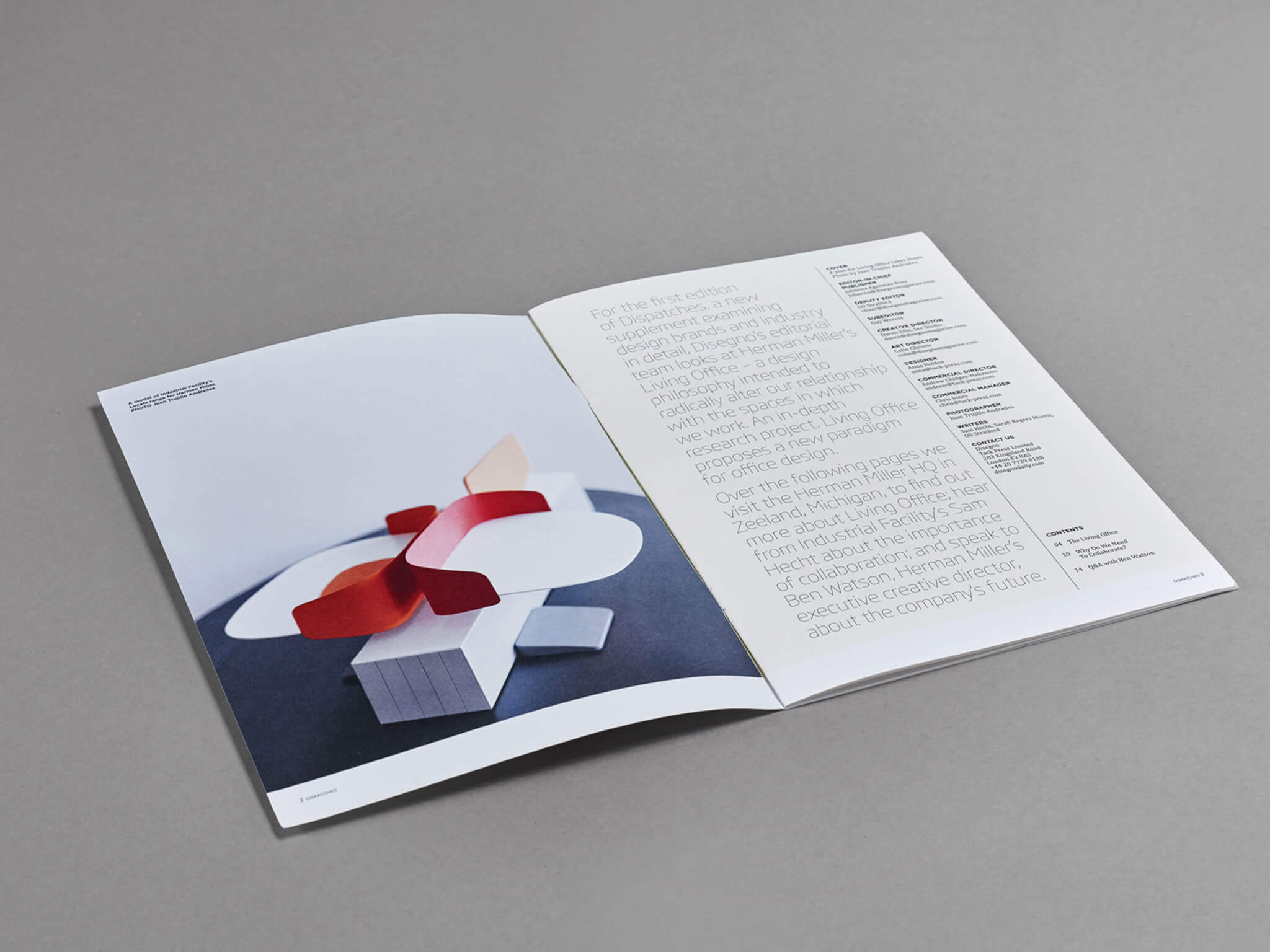 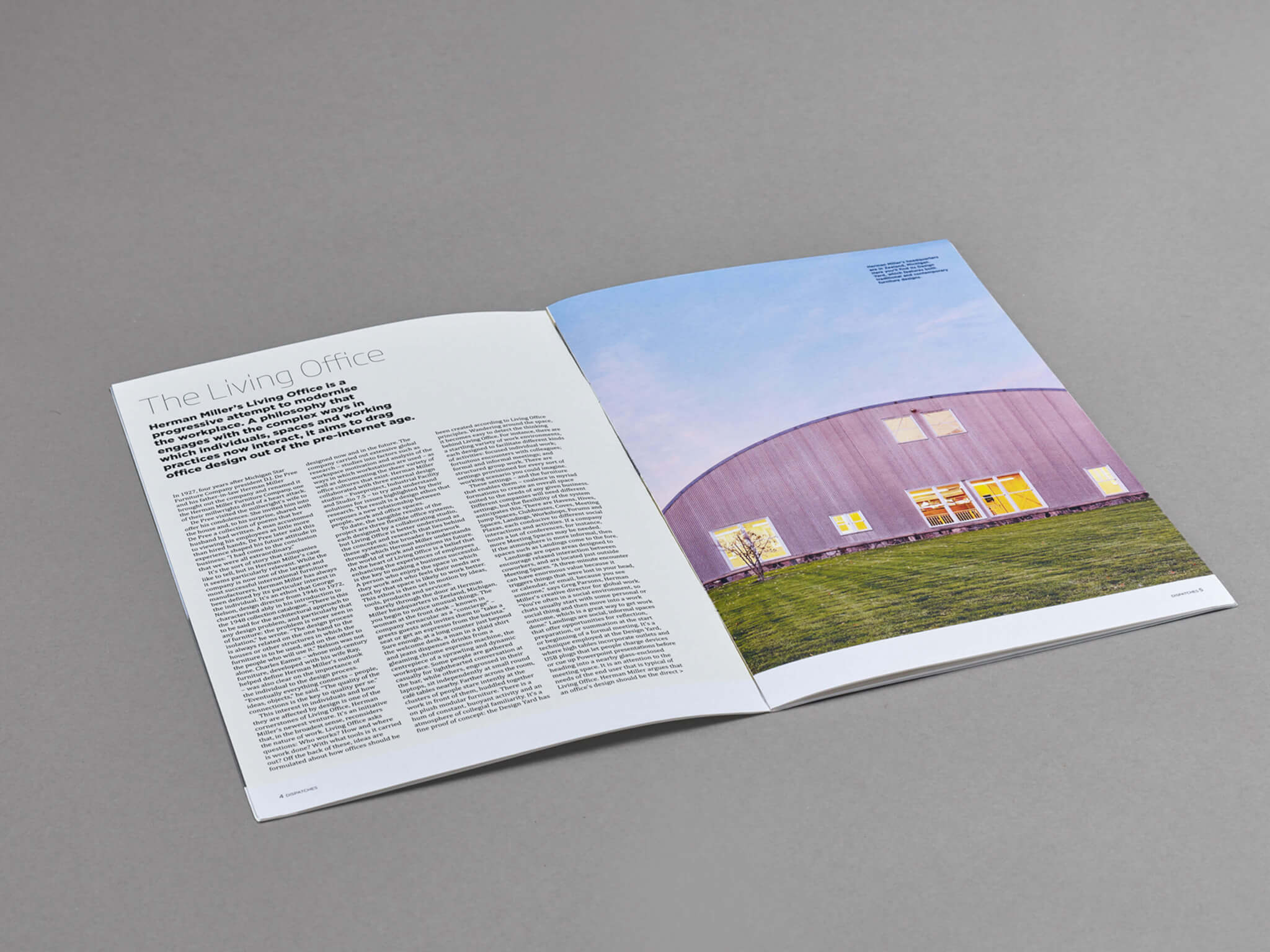 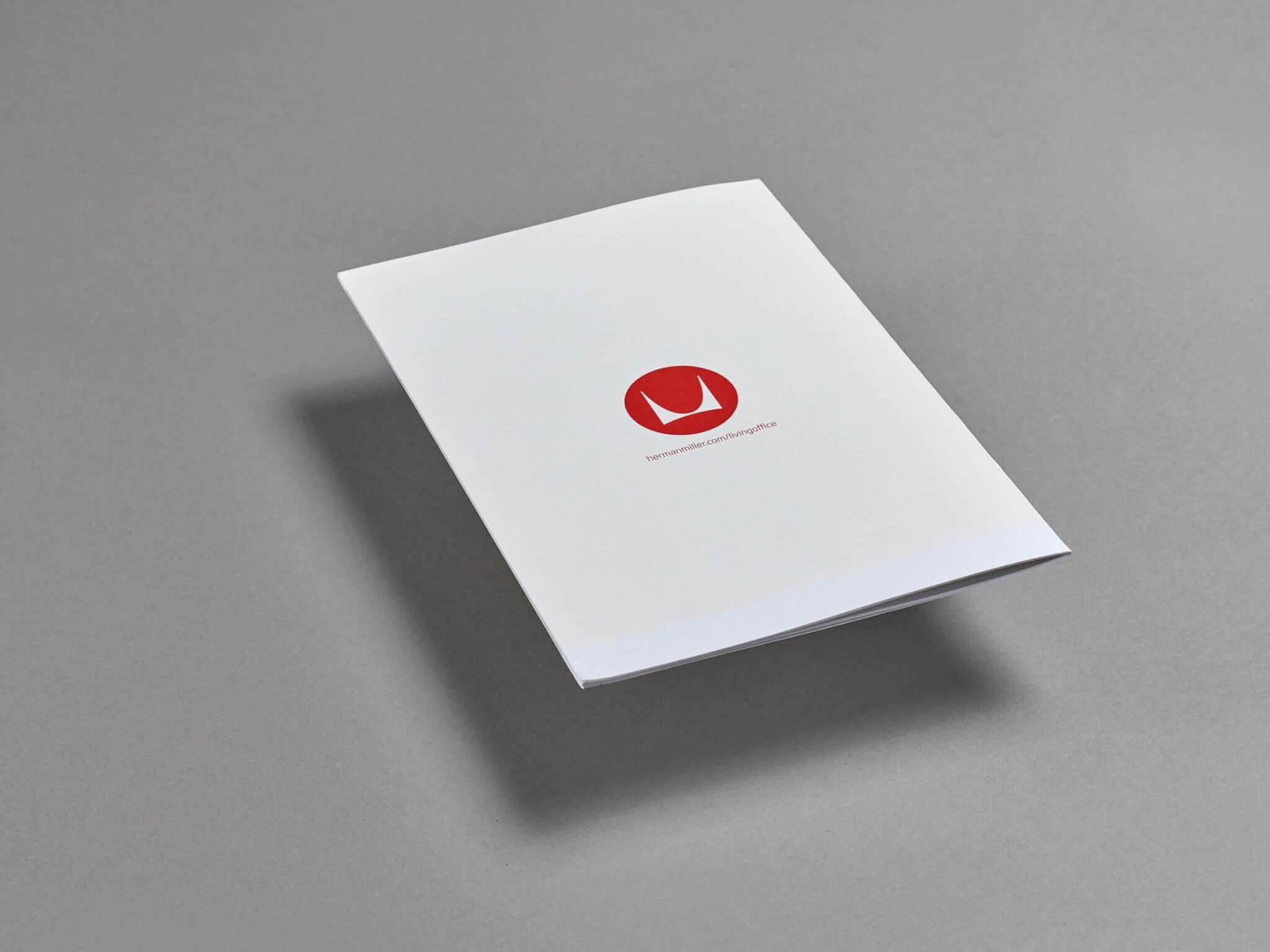 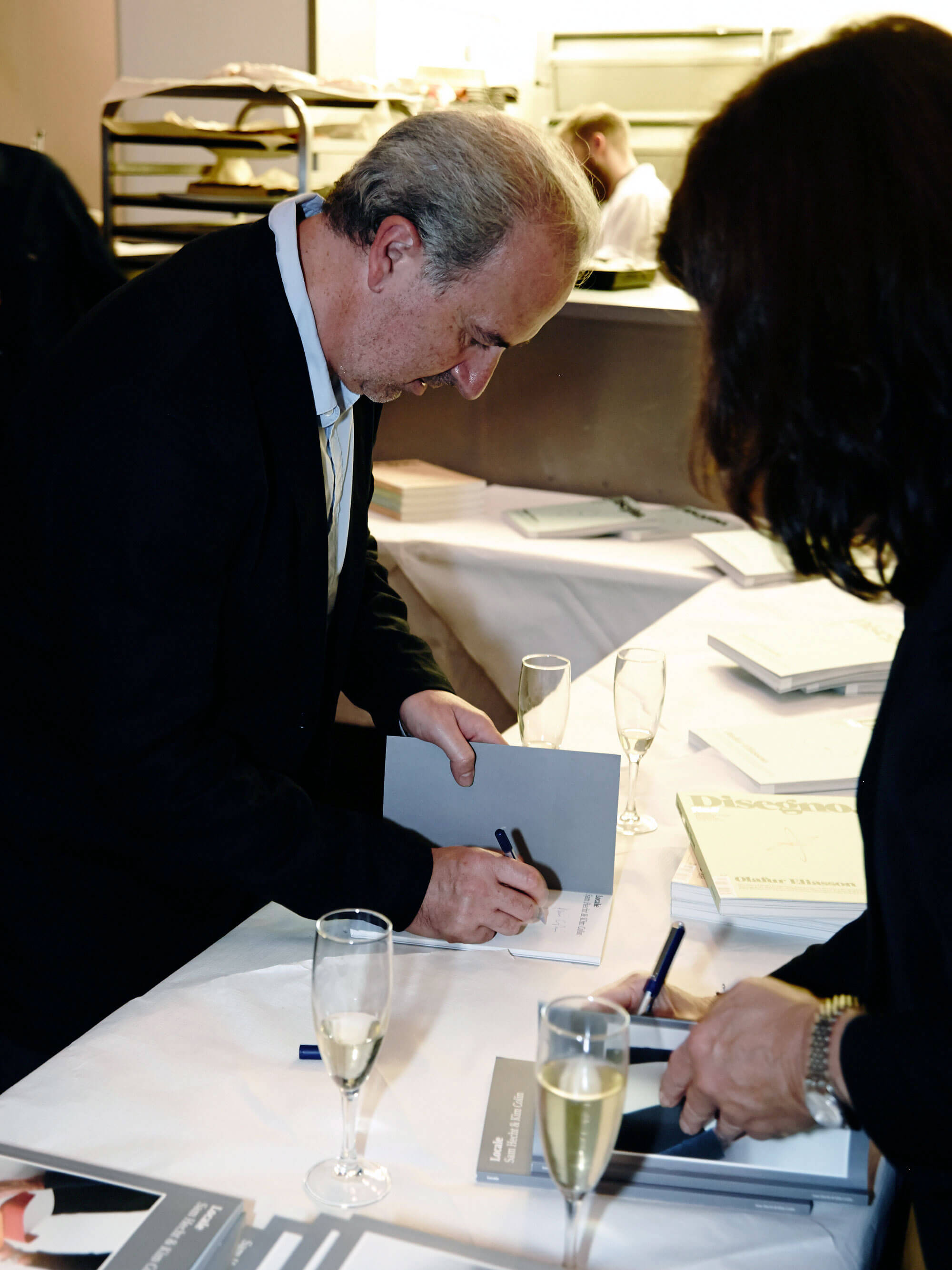 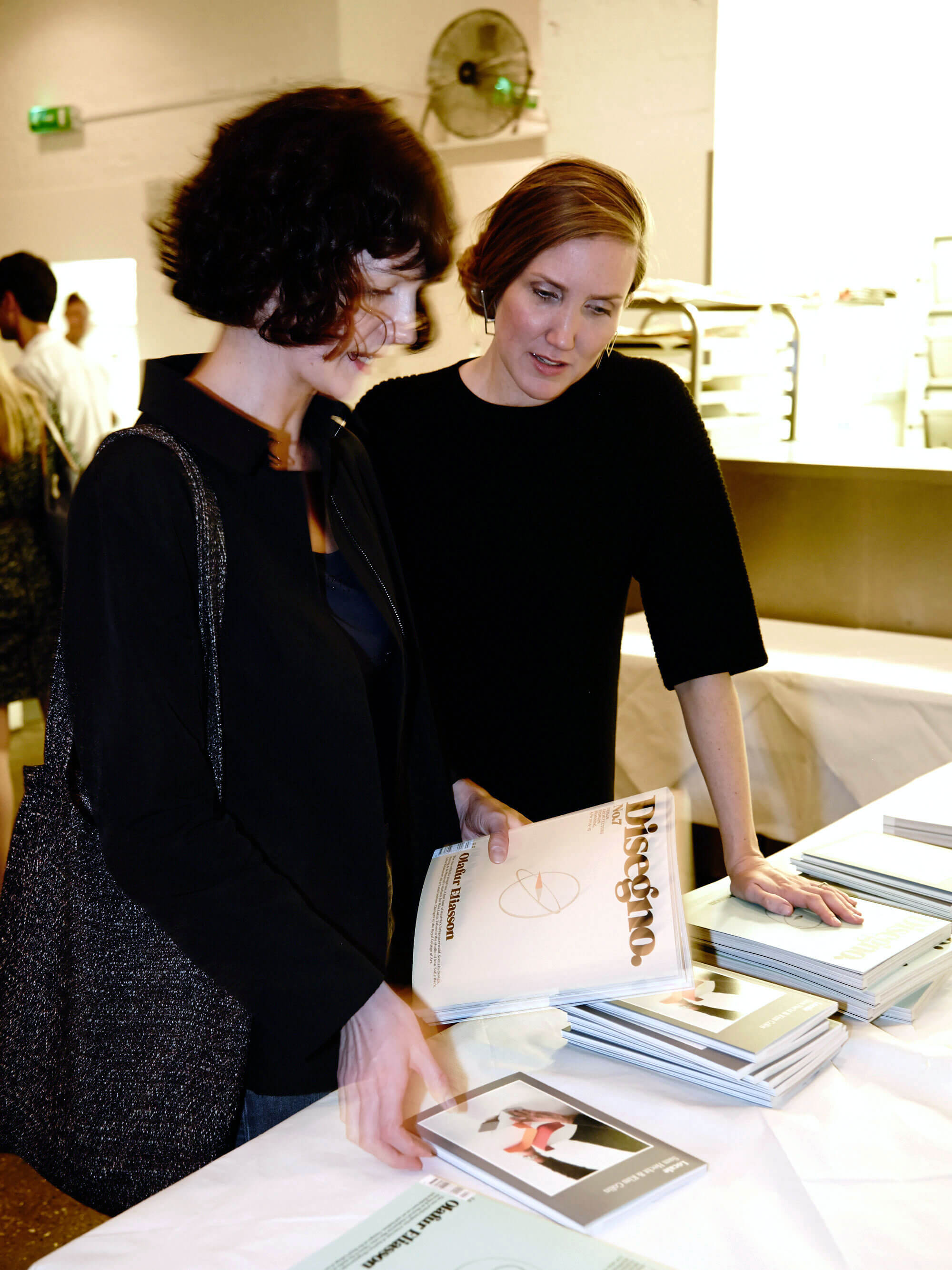 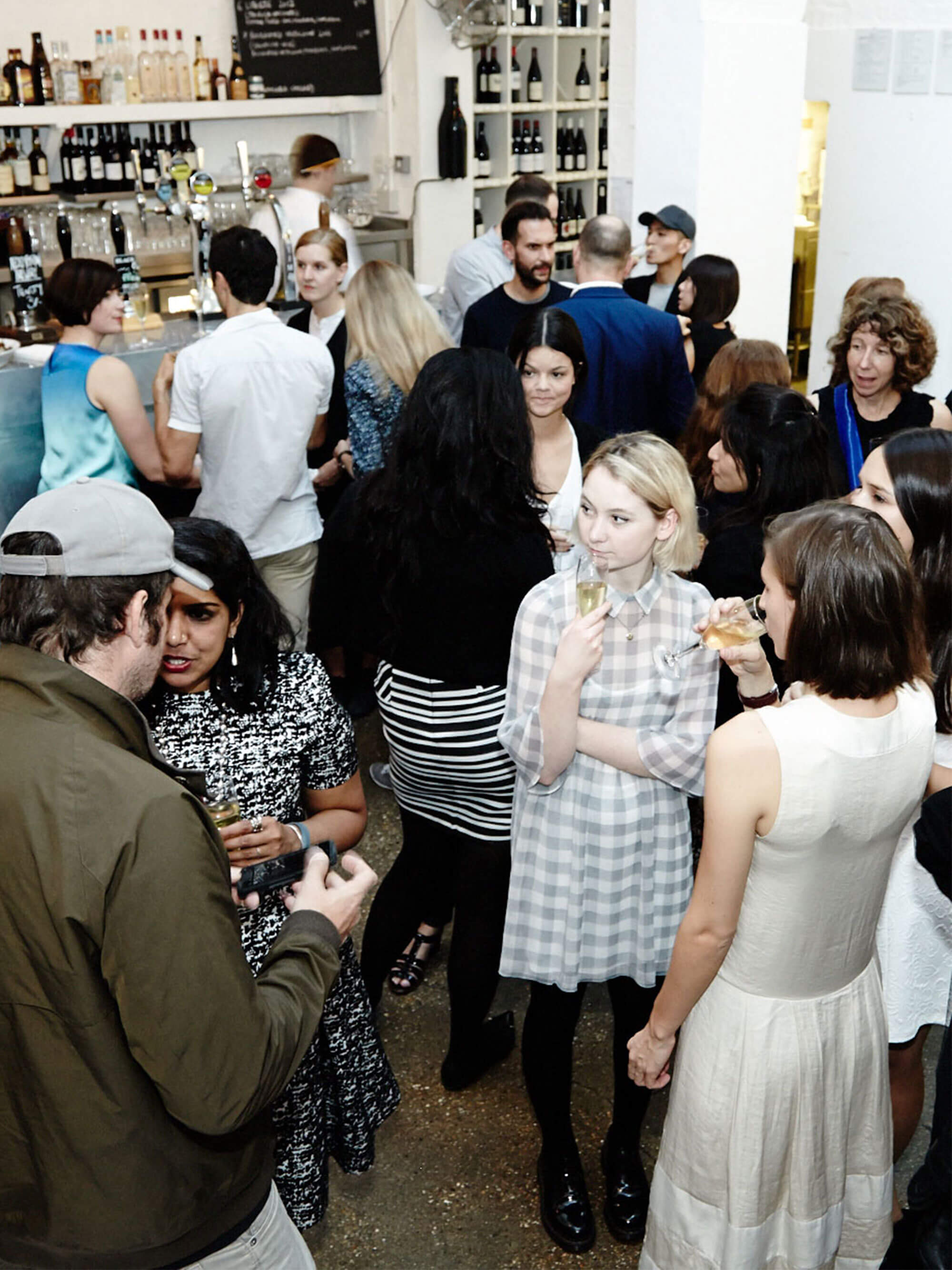 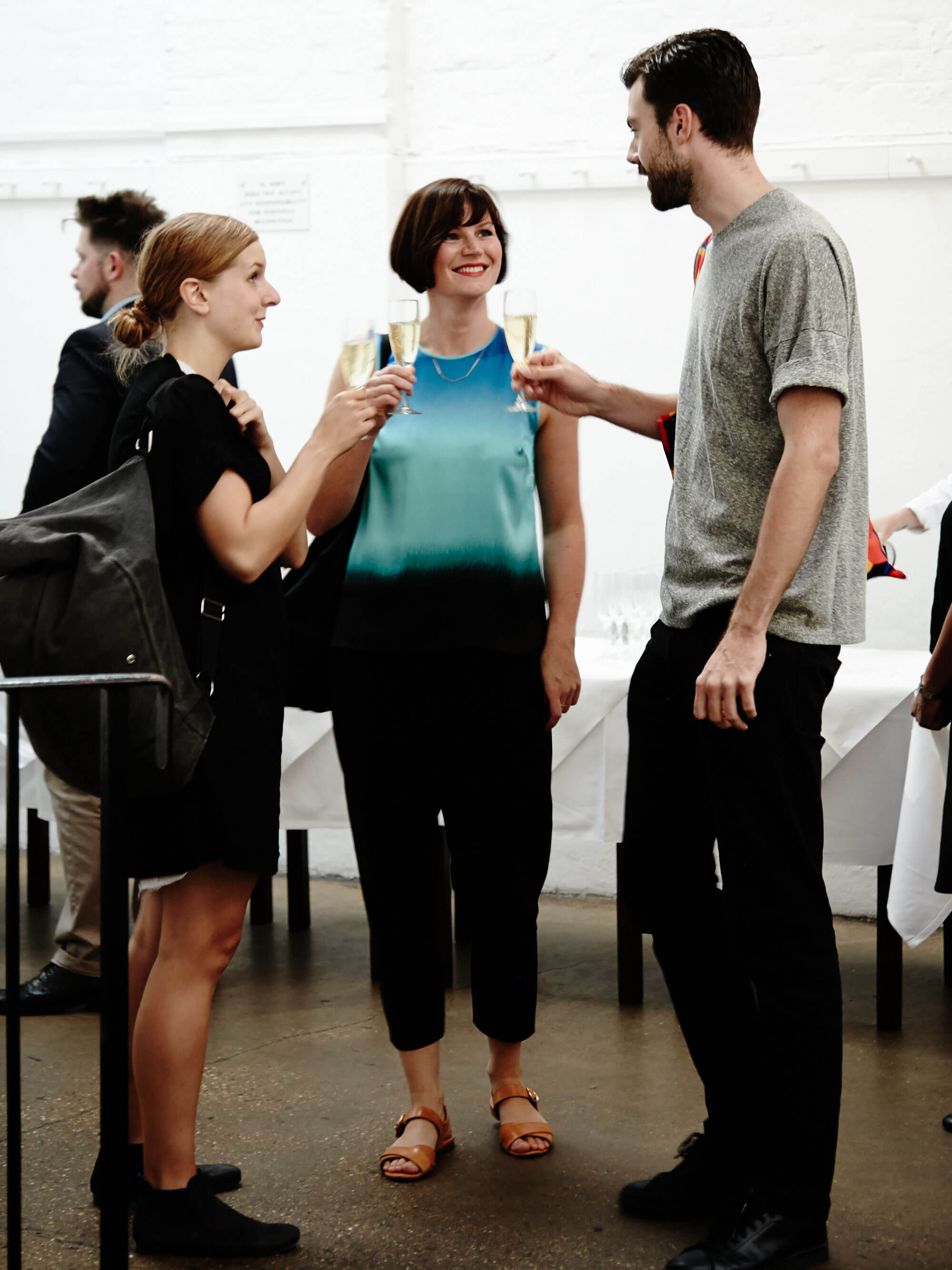