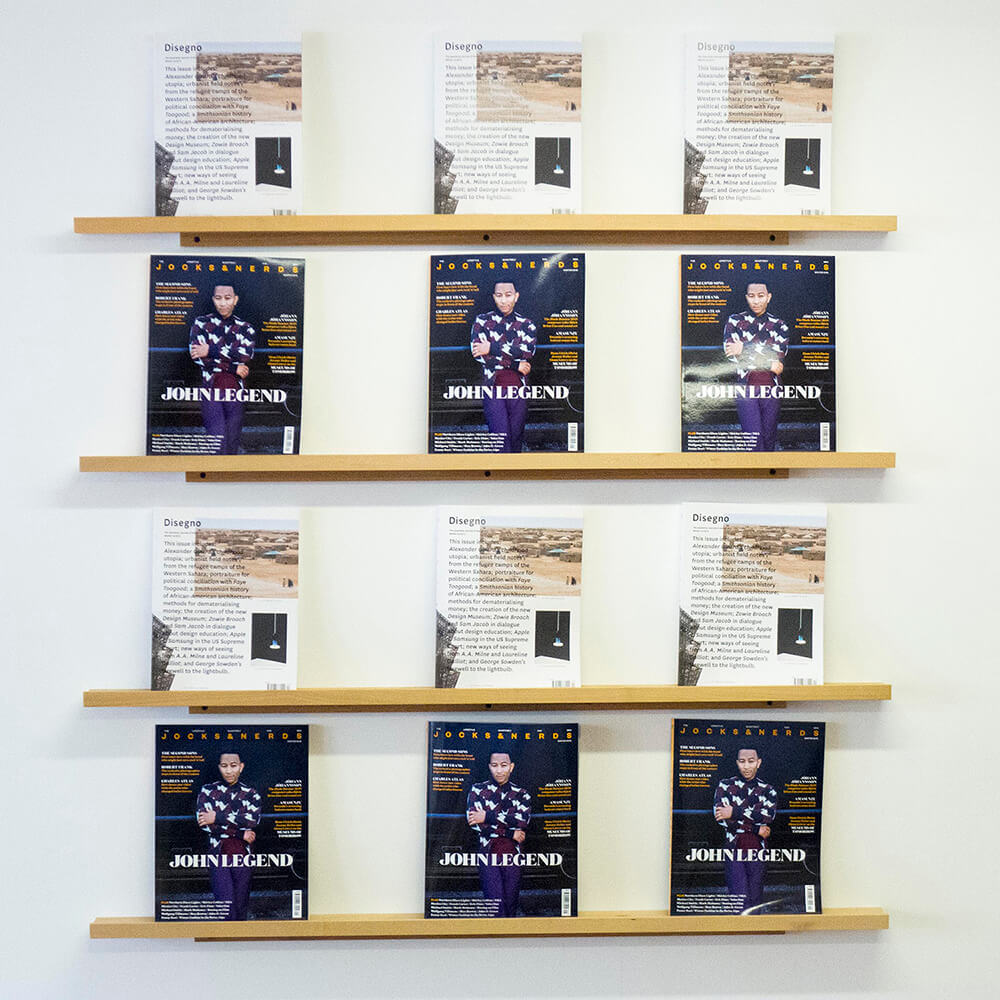 Highlights from Disegno #13 include articles about the creation of the new Design Museum, the refugee camps of south west Algeria, and reporting from the Supreme Court’s hearing of Apple v. Samsung. Other key features look at George Sowden’s farewell to the lightbulb; a report on designing money in the age of immaterial cash; and portraits for political conciliation with Faye Toogood.

Click the following links to purchase copies of Disegno and Jocks & Nerds.